She lay lifeless in the medium.  Two people were standing over her without any expression, as if they themselves were not there.  Four cars scattered about in the snow covered grassy area separating the westbound from the eastbound traffic. A fifth car sat damaged on the far right shoulder of eastbound lanes.

It never occurred to me that I would see a dead person on my drive to NYC.  She had obviously been thrown from one of the vehicles. Her body was tangled on top the snow in an unnatural state.  I could tell she was dead from a distance.

Thoughts rushed through my head;  like if I had left 3 minutes earlier, I might have been in that accident. Or I bet they were just heading out to go shopping and in no shape or form did they expect this.  That poor woman, her family, her children, oh my God!  All because of a slippery road, an accident.  No one wanted this to happen.  No one. 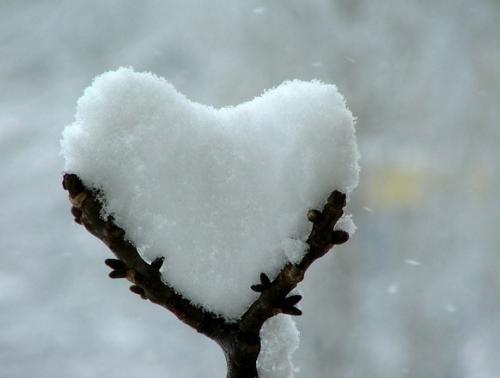 It was the first snow of the season, and the roads had not been touched.  No salt, no plowing.  Actually there wasn’t enough snow to plow, but there was plenty to make it extremely slippery and dangerous driving.  It was awful.  As I continued on my way there were more fender benders, a  pick-up that had rolled-over, and another truck that lost it’s front wheel (not just the tire – the entire wheel) – it must have hit something with high impact.

My driving speed raged between 20 and 40 miles per hour,  I was considering turning around.  But little by little it cleared up, the roads improved and I was decidedly on my way.

Traffic was light until I hit the Delaware Gap, from there in it got worse, much worse.  Jill, my GPS voice,  is out-dated.  She doesn’t know anything about the detours and construction before the Holland Tunnel.  By this time, it was dark, she directed me onto several side streets in Jersey City.    Surprisingly these streets were loaded, completely packed full, with Christmas lights. It was stunning.  Fast forward through the H-tunnel and Canal Street (both total chaotic messes) and I finally made my way to Brooklyn, arriving only one hour past my original ETA.

Today I cracked 100,000. miles on my Odyssey.  All miles that we put on the car.   We’ve never done that with any other car, so it’s an accomplishment of sorts. I knew it would happen on this trip.

However what remains is the snap shot of what I didn’t expect.  Except for the two people gazing over the body, each driver stood alone motionless next to their own cars.

In my head, they are all still standing there, frozen in time.

(Post note: I have been unable to verify any details of this accident, maybe she lived)